Got a double-page spread in the March issue of CS Magazine (Chicago Social, an edition of Modern Luxury magazines), page 32: http://www.modernluxury.com/cs/digital-archive (look for March 2016 issue). Hard copy of the magazine can be found in better hotels, boutiques and art galleries. 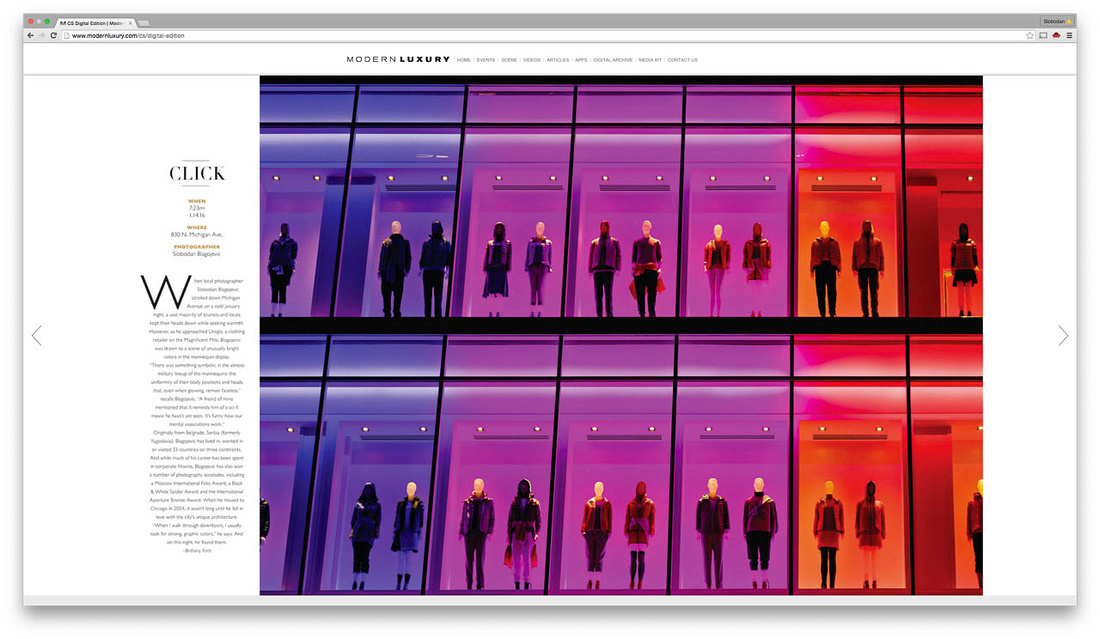 The printed image lost some of its vibrant colors, due to a conversion to CMYK color gamut for printing, and was cropped to match the article's format. Here is the original: 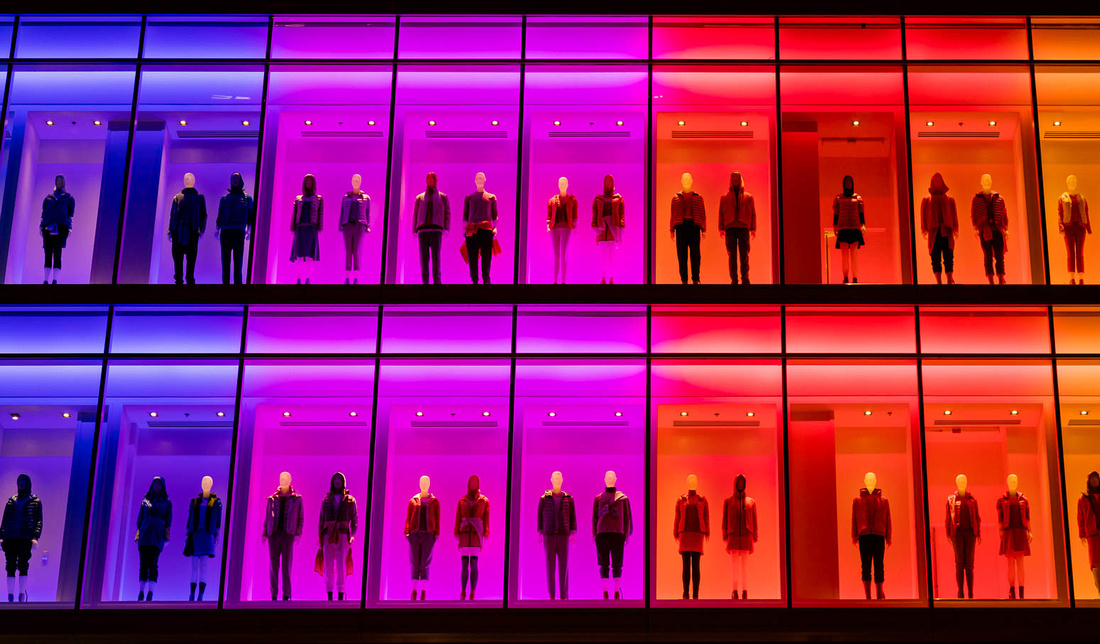 Here is the accompanying text:

"When local photographer Slobodan Blagojevic strolled down Michigan Avenue on a cold January night, a vast majority of tourists and locals kept their heads down while seeking warmth. However, as he approached Uniqlo, a clothing retailer on the Magnificent Mile, Blagojevic was drawn to a scene of unusually bright colors in the mannequin display.

'There was something symbolic in the almost military lineup of the mannequins: the uniformity of their body positions and heads that, even when glowing, remain faceless,' recalls Blagojevic. 'A friend of mine mentioned that it reminds him of a sci-fi movie he hasn't yet seen. It is funny how our mental associations work.'

Originally from Belgrade, Serbia (formerly Yugoslavia), Blagojevic has lived in, worked in or visited 33 countries on three continents. And while much of his career has been spent in corporate finance, Blagojevic has also won a number of photographic accolades, including a Moscow International Foto Award, a Black & White Spider Award and the International Aperture Bronze Award. When he moved to Chicago in 2004, it wasn't long until he fell in love with the city's unique architecture. 'When I walk through downtown, I usually look for strong, graphic colors,' he says. And on this night, he found them." - Brittany Farb

A faceless robot army of the future?